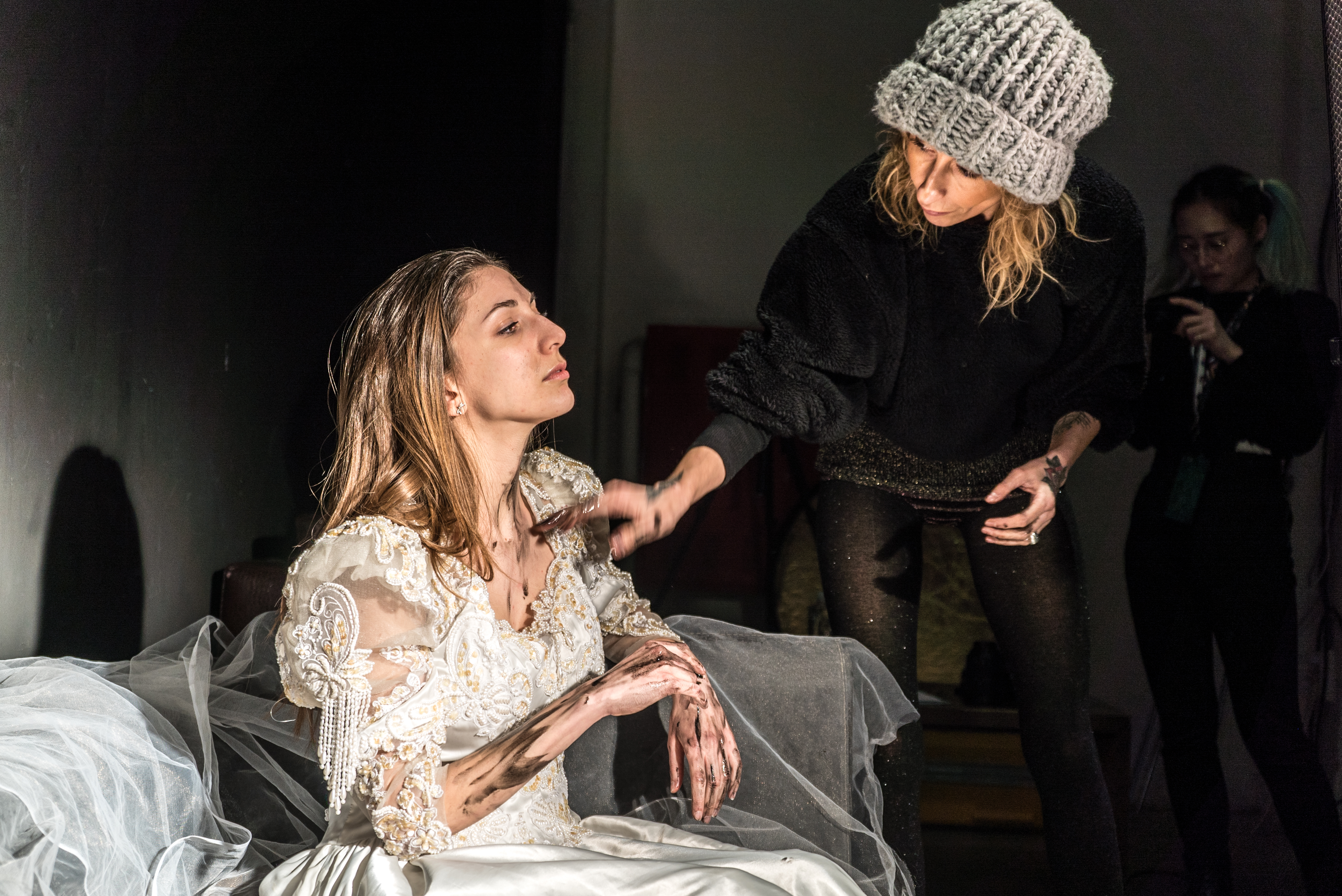 Born in Sofia, Bulgaria, Mira Nedyalkova attended the Academy of Art, starting her career as a model, and then becoming a painter. She attempted photography in 2007, experimenting with a technique that mixed painting and photography. Mira’s main inspiration is water: she loves to portray her models floating like otherworldly creatures that are filled with a mysterious dynamism. Water is the constant and fundamental element in her art because it represents power and the creation of energy. Her thought about water is expressed in the awareness of its presence from the first moments of our life and its ability to keep us human beings and all other life forms on the planet alive. It is a symbol of creation, a symbol of energy, a symbol of destruction, a multipurpose element that has not failed to fascinate different artists over the centuries.

“I’ve always loved water for its transparency, purity and strength” she says. “The water is so clean and visually it looks so beautiful. Its reflections seem to reveal unique and different images and lights at every single moment. For me it symbolizes the life and transience of things, pleasure and sin and at the same time purity and chastity, I try to connect these two extremes and merge them into one, to be happy, without forgetting the pain”.

Ophelia, a character created by William Shakespeare in his drama ‘Hamlet’, is a source of popular inspiration in the fine arts, especially in painting. Covered with flowers, the pale Ophelia drowned in water to forget the selfish prince of Denmark. Mira Nedyalkova certainly knows this story and it’s noticeable in the different paintings that she makes and she takes inspiration from that masterpiece. Her “origins” as a painter are more than ever present in her photographs, very often in dramatic scenes. The erotic portraits of her friends and of herself are so significant that they take your breath away and often the liquid elements symbolize oblivion, as in the case of Ophelia. His ethereal heroines are not only Shakespearean, but also float between the worlds of lust and purity, of life and death, of peace and energy.

“I was used to drawing when I was younger and I had the greatest influence from Cezanne. In the next phase, when I started taking my first steps in photography, I was very impressed by the art of Egon Schiele and Klimt, who conquered me day after day. It was by looking at their designs that I had the opportunity to get to know me, to understand what I needed and what inspired me”.

Another artist who helped increase Mira’s artistic thinking was Jan Saudek; it was him who opened her eyes to ethereal beauty, happiness as opposed to pain, beauty to imperfection.

“I was a model for a long period of my life, however as a model I was never satisfied with the final result, somehow it seemed that something was missing, my soul was missing, I could not express myself in those images, but I felt that through the photography I could have expressed much more than myself. That’s why I stopped modelling. Now I am a photographer, but also a stylist, a make-up artist, a post-production manager. All this gives me satisfaction. And she adds: “In my work, the model must not only be beautiful, she must not only transmit joy but also sadness, she must be erotic and cold at the same time, joyful without forgetting the pain. This type of woman is the main protagonist of my works, in which there is my soul, my world. The images I produce do not represent the model, her shapes or her beautiful eyes. My character is disembodied, her nakedness is left invisible, forgotten “.

From the words of Mira Nedyalkova comes her concept of art, the reason why she makes some shots. With this thought it is possible to perceive everything that takes place inside and outside of her before the shot, as soul and photography inevitably merge.

Mira’s path was gradual and, through a path of calm and inner study, she was able to establish herself as a photographer, who looks at herself through her works and works through her emotions.

But Mira’s work is also a contrast: joy and pain, beauty and transience. The contrasts transmit a very strong message, highlight a part of the personality of the person who shoots and have a considerable emotional impact on the viewer.

Observing one of her works one cannot help but be amazed. There is a depth of intentions and sensations that ignore the image and go deeper. Mira’s work continues even after the shot. In fact, the artist also works a lot in post-production. It is a way to keep her love for painting intact, for that ability to change the reality that this art can give.

With post production, Mira, in addition to her emotions, also enhances her artistic concept. This is what makes it one of the best-known exponents of Art photography, one of those who have imposed their thoughts and not their techniques.